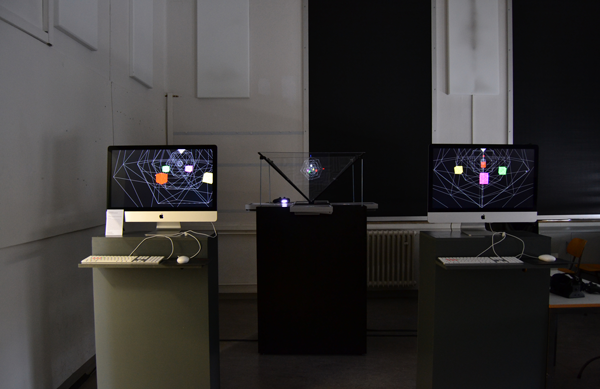 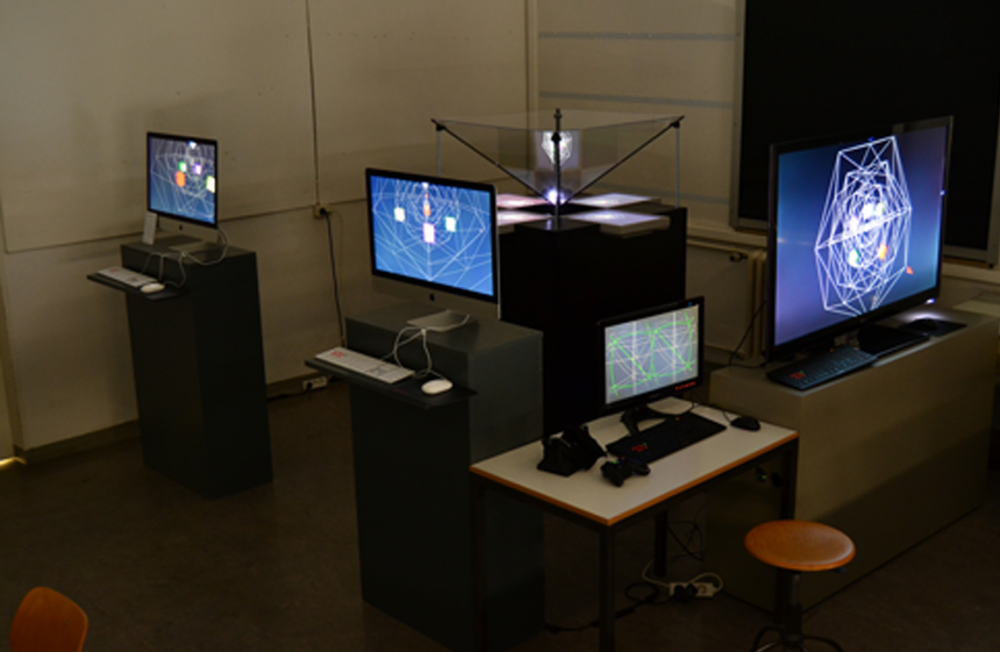 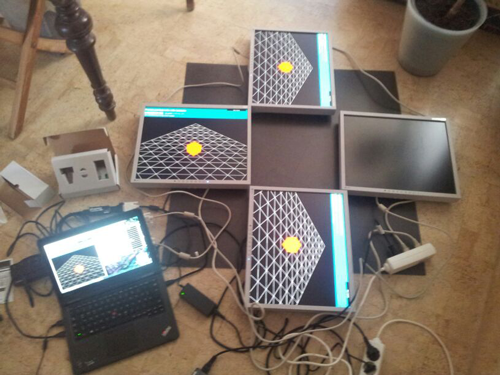 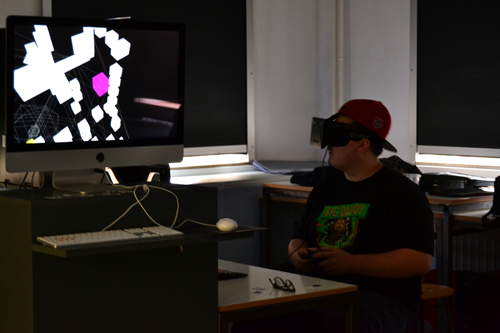 ‘Cyberstage’ refers to Janet H. Murrays term of the Cyberdrama, which was coined in her groundbreaking book “Hamlet on the Holodeck”(1998). It describes a new form of digital storytelling in which the computer takes actions and provides space. This project aims to provide a stage for the Cyberdrama. The project consists of a hardware installation and a web-based 3D Scene. The hardware part uses the “pepper’s ghost” effect to project the software part, a WebGL 3D Scene from a specially programmed four-camera-renderer from four displays into a pyramid, made of transparent acrylic. So the impression is given, that the 3D objects are floating in mid space of the pyramid within our actual physical space. On a pub-sub-server users from different devices are able to log in to the scene, and take the control of an actant of the scene. These actants are able to navigate through space and create new objects. The “Game Master” is able to affect these objects to direct the play in his favour. The work was done in SS 2014 as a practical part of my Bachelor thesis at Merz Akademie Stuttgart. The work was supervised by Prof. Mario Doulis and Dr. Jürgen Riethmüller.